Resources
Join Us
Home
About Us

Notice of the Denver Postcard Club's first meeting in 1979. 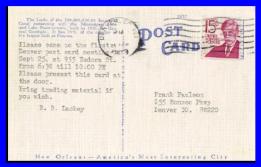 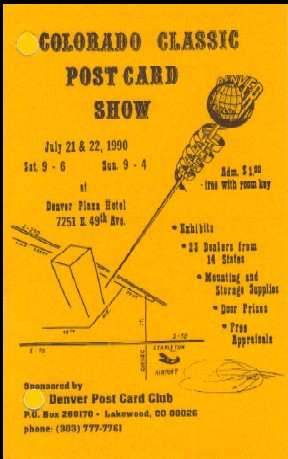 The Denver Postcard Club began in 1978-1979 when many postcard clubs were being formed across the United States. Hazel Graves and Judy McDowell bought their first large collection of cards while vacationing in Arizona and in 1979 they met Bernie and Mildred Lackey - fellow Denver residents - at the Wichita Postcard Club's first show. Bernie was an experienced dealer, and they decided to form the Denver Postcard Club with eight charter members who initially met at the Lackey's home. Since then, the club has grown extensively, though not without ups and downs.  Click below for a detailed history of the club from its inception to the present.